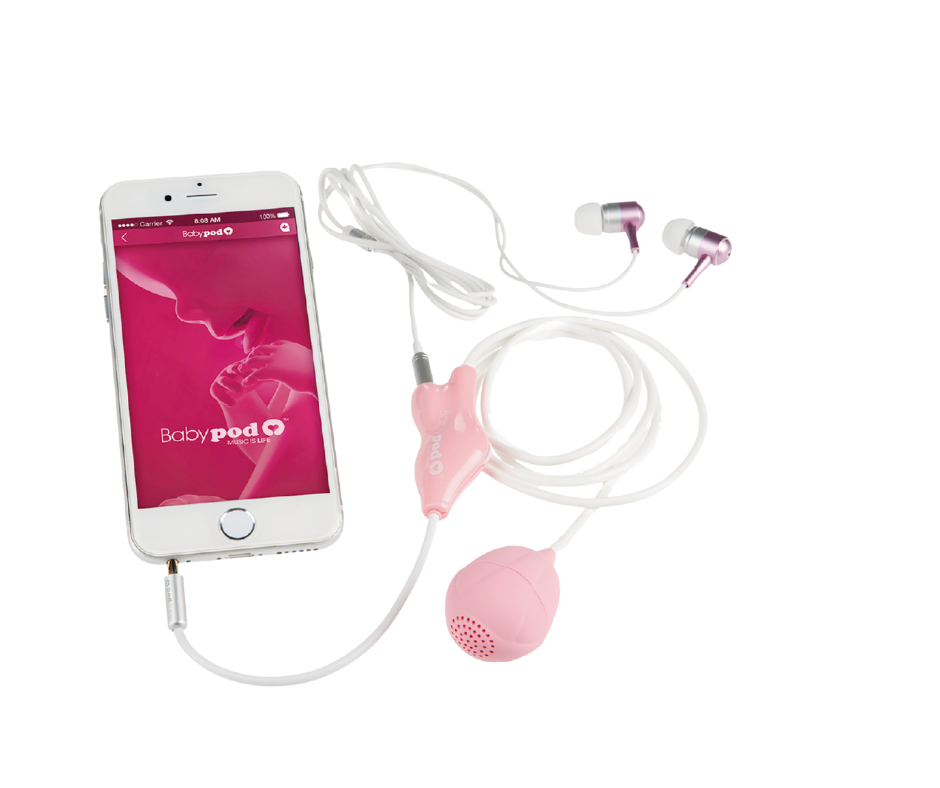 A small speaker for intravaginal use that allows you to share music, communicate with your baby and stimulates the development of their vocalisation from before birth.

Winner of the Ig Nobel Prize in Medicine at Harvard University, he has received international recognition at institutions such as MIT - Massachusetts Institute of Technology and Imperial College.

Endorsed by a committee of experts in various scientific areas and by Institut Marquès, the best clinic in AR and a reference centre for its studies on music at the beginning of life.

Important celebrities from all over the world have recommended Babypod. Find out how Ellen deGeneneres, Pilar Rubio, Soraya and Christina Lima reacted when they discovered it.

The myth of talking to your tummy is over

Thanks to Babypod, it has been shown that the only way for sound to actually reach the foetus is through the vagina.

By placing a speaker in the vagina, the barrier of the abdominal wall is removed and the baby can hear the sounds almost as loudly and clearly as they are emitted.

How does it work?

Babypod has a volume control system. The sound highest intensity is 54 decibels.

The material that comes into contact with the woman's body is silicone. It is non-irritating, soft and hypoallergenic.

The FDA has approved the Babypod device as a general wellness product.

Since 2015, thousands of babies have been born to mothers who had used Babypod during pregnancy. In all cases, foetal deafness was ruled out by the babies’ reaction to hearing music in the womb.

We believe that Babypod can prevent laterality and dyslexia, conditions that occur during brain development. To this end, we have initiated a study with children who enjoyed Babypod during their gestation. Later on, we will initiate studies on how it influences the development of their brain maturity.

“We have managed to get babies to start communicating before they are born. From sixteen weeks, they are already able to respond to musical stimuli”.

Assisted Reproduction Doctor of the Year 2019, selected among the ten most influential women in health and medicine. 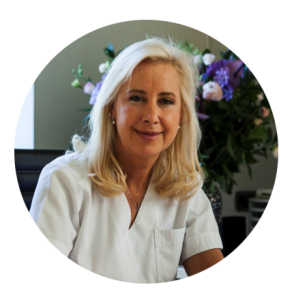 More and more mums are using Babypod during their ultrasound scans. Find out about their experiences and opinions here.

TELL US YOUR EXPERIENCE
Babypod is something totally new. The fact that music can help them, can motivate them and can brighten up their lives a little bit... It's a great thing!
SORAYA ARNELAS
Singer and mom
I didn't know there was such a "direct" way to play music for the baby. It is an intravaginal silicone speaker developed after several studies on pregnant women, where they found very emotional reactions from their babies when they started to listen to the music. No, it wasn't all made up!
RAQUEL DEL ROSARIO
Singer and mom
Babypod makes you experience unique moments. I use it regularly and I notice how the baby moves and the music he likes. When I worry if he doesn't move for a long time it helps me to notice it. We have also used it during the ultrasound and you could see how he was reacting. I recommend it to all pregnant women.
FATIMA
Mom
The ultrasound with Babypod has been a very good experience. The baby responded very well to the music, opening his mouth and moving his hands. It was a great bonding moment.
Natalia
Mom

We know that the inner ear completes its formation in the 16th week of gestation, but the functionality of the auditory system in the medical literature has so far only been confirmed from the 26th week onwards. This research work shows for the first time that the foetus can hear from the 16th week.

The foetus receives sounds from inside its mother's body, such as her heartbeat, breathing and bowel movements. It also picks up sounds from what its mother is doing, when she is talking or walking in her heels, as well as hearing noises from outside.

The foetus is very protected from noise. The fact that it lives in a soundproof environment means that sounds reach it distorted, as has been confirmed by research on sheep using intrauterine microphones. According to these studies, most sounds reach the foetus as a whisper (about 30 decibels), while the mother's voice in normal conversation (60 decibels) hardly reaches him at all (24 decibels).

Moreover, as most of the sounds are very repetitive, he gets used to them and does not react to them. They do not prevent him from sleeping.

Thus, we can say that the sound environment of the womb is like the background noise of a forest.

Prior to the ultrasound, the pregnant patient was fitted with the vaginal device designed for the study, which emits an average sound intensity of 54 decibels (the equivalent of a low-pitched conversation or background music).

87% of the foetuses reacted with non-specific movements of the head and limbs, and specific movements of the mouth and tongue, which ceased when the music stopped. In addition, with vaginal music, about 50% of the foetuses reacted with a very striking movement, opening their jaws wide and sticking out their tongues as far as possible.

Headphones were placed on the pregnant woman's abdomen, emitting music with an average sound intensity of 98.6 decibels (equivalent to an ambulance siren or music in a discotheque).

During this part of the study, no changes were observed in the facial expressions of the foetuses.

As it is a response and not a reflex, the foetal reaction depends on multiple factors and is therefore different from moment to moment. It varies according to the neural activity in the brainstem at that moment, so the response may depend on the phase of sleep the foetus is in or on blood glucose levels.

For example, when we sing to a baby, it also reacts differently depending on whether it is hungry, thirsty or sleepy.